"I love to divulgate"

What is elisabeth alli?

elisabeth alli is the name of my company that focuses its activities on the divulgation of of ideas and concepts in different formats: Journalistic, broadcasting, editorial, advertising and academic.

I believe that the way to fight ignorance and have more progress is to provide people with information. The problem is that sometimes, it is difficult for people to grasp the information that has been provided. As a divulgator, my goal is to present information in a manner that is easy to understand especially for children, young adults and foreigners. 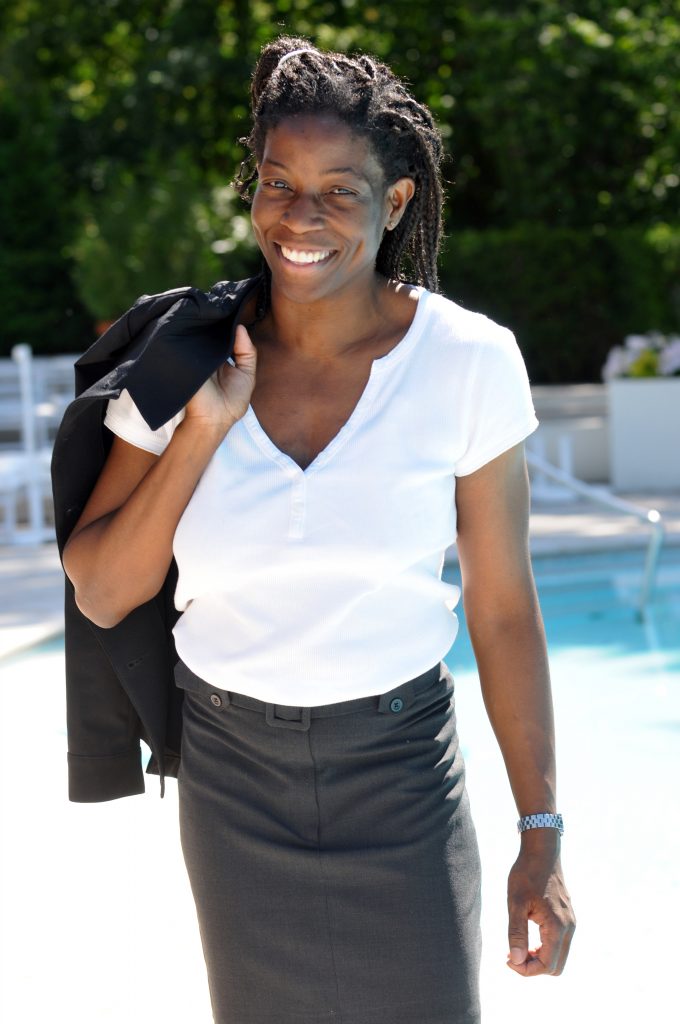 Who is Elisabeth Alli?

Elisabeth Alli was born on April 15, 1970. She is a published author, journalist and film director. Married to the father of her children since July 7, 2000, she has three children: Emma, Rémy and Delia.

Elisabeth  Alli loves challenges and competition. To achieve that she transforms her days into life lessons. She is passionate about her work with children and young adults.

Elisabeth Alli was born on April 15th, 1970 at S.Anna Hospital in Sorengo (Lugano, Ticino; Switzerland). Elisabeth Alli hails originally from Nigeria, her mother is of the Igbo tribe and her father is of the Yoruba tribe. They escaped from the Biafran war.
At three weeks old, Elisabeth was diagnosed with breathing problems and was placed in a family in Ticino. The family took care of her health and education. In this family, Elisabeth shared her childhood with a cousin of the same age and received a Swiss education.

Before starting her education, Elisabeth learned that she would never see her biological parents again and the adoption by the Swiss family was never performed. Nevertheless, she pursued her studies without any problems and went on to obtain her Business certificate at “La Scuola di commercio ” in Lugano.

Immediately after, searching for her identity , Elisabeth moved to the USA, where she obtained her High School Diploma at Highlands, New Jersey. Thinking to have found her identity, Elisabeth returned to Switzerland and began an internship in Zurich. Following her internship, she settled in Lausanne with one goal in mind – to attend the University.

After successfully completing  the “Maturité Fédérale Type E” (Economy major), Elisabeth proceeded to obtain her Master’s degree of Sociology and Anthropology with a special emphasis on Economy, at the Institut des sciences sociales et politiques, Lausanne. While in Spain, Elisabeth wrote her master thesis in social sciences on children’s nutrition in Switzerland. Like other papers written before, Elisabeth focused on her favourite subjects, namely children, advertising and socialisation.

Another language stay in Germany gave Elisabeth an opportunity to start her career in the realm of marketing. However, changing her priorities she started working with young apprentices at the Regional Office for Employment in Lausanne, where she got certified as an employment advisor.

Her biggest dream came true when she obtained an internship as a film director at the Swiss Italian Television (TSI), now RSI. This training opportunity led to collaborations over the years with the Swiss Television which continues today.A new challenge led to her return to Ticino; it allowed her to improve her journalistic skills, while collaborating with the weekly review “Cooperazione” and the daily newspaper “La Regione” where she currently directs a newspaper section dedicated to children.

After working as a journalist in Sydney at the 2000 Olympic Games , the magnetic power of the Olympic Capital (Lausanne) became a major attraction force . Elisabeth therefore decided to settled down with her husband in Lausanne , where she worked as the head of communications for “AC&T Sport Consulting”. Based in Lausanne, she was able to keep close connections with her land of birth(Ticino) by working as a freelancer and writing articles in the sport domain for the newspaper “Le Temps” in Geneva.

Simultaneously, Elisabeth wrote her doctoral thesis at the Institute of Advertising Sciences and Media Research of the University of Zurich, on her favourite topics: Children and Advertising. As a PhD, Elisabeth begun writing books for children about Switzerland and created a publishing company “sbook.ch” in 2006.

In 2012, Elisabeth received her Certificate of Advanced Studies (CAS), from Institut International des Droits de L’enfant, Sion on the subject of  “Child Victims, Child Witnesses – The word of the child in court.“

After the birth of her third child, she founded the firm “elisabeth alli” , which combines all her fields of competencies.